5 mistakes about Automation and what we can learn from them

5 mistakes about Automation and what we can learn from them

Automation is vast in terms of its applications, its implications and its opportunities. This scope has long piqued the imagination of some of the world’s greatest thinkers.

In turn, this means that there is no shortage of interesting automation quotes to mull over. Here are just five of our favourites, complete with insights on the lessons they hold. 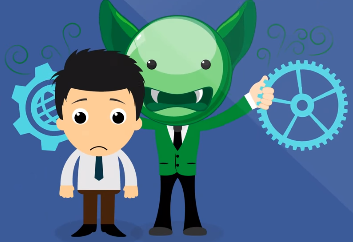 “Automation may be a good thing, but don’t forget that it began with Frankenstein.” – Anonymous

Mary Shelley’s Frankenstein saw a scientist create intelligent life with inanimate materials. However, far from the perfect artificially created specimen imagined, the result was a hideous creature who came with terrible consequences.

So, this entry on the list of automation quotes reminds us to be careful of what we automate. Just because you can automate something, it doesn’t follow that it should be automated. Indeed, automating the wrongs things can trigger a domino-trail of damage.

“Automation is cost cutting by tightening the corners and not cutting them.” – Haresh Sippy

Next on the automation quotes list is a best practice reminder. If you’re looking at automation as a way to cut corners or avoid certain processes, your outlook is all wrong.

When you weave automation into your workflows, you aren’t cutting out the needed jobs. Rather, you’re getting them completed more efficiently. Part of that means finding a more efficient way for automation to complete tasks. 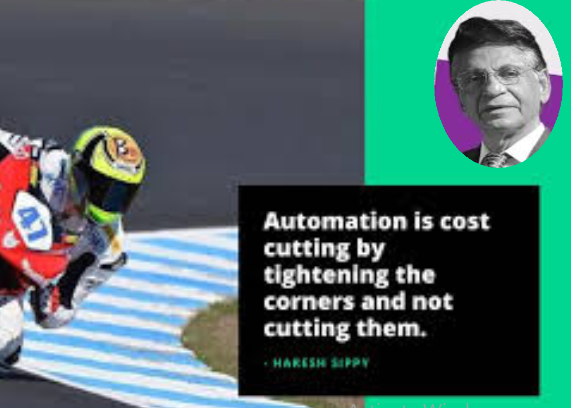 “Automation applied to an inefficient operation will magnify the inefficiency.” – Bill Gates

The third entry on the automation quotes list eloquently sums up an important message: you can’t automate broken processes. 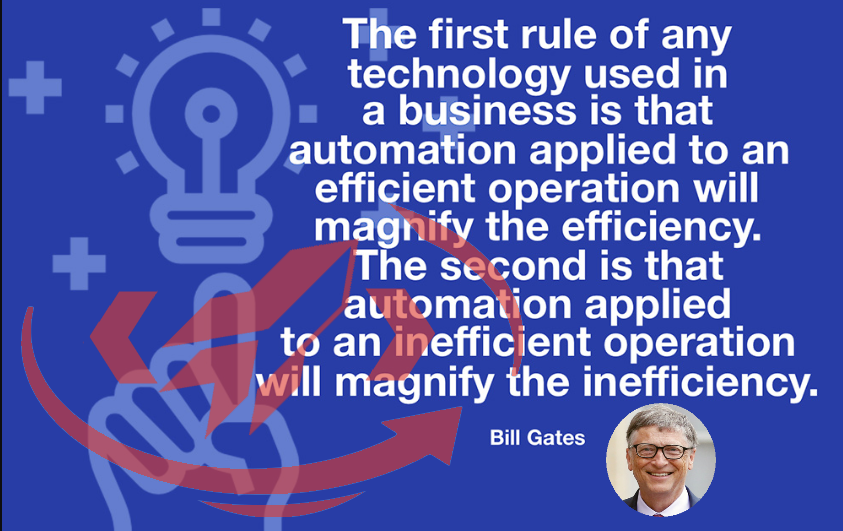 Automation isn’t a silver bullet, and it won’t fix your broken processes for you. Automation does only as you tell it. If you tell it to complete a broken or faulty process, it will. As a result, you’ll get broken, faulty results. And, they’ll be on a much larger scale, as automation efficiently replicates your inefficient operations.

“As machines become more and more efficient and perfect, so it will become clear that imperfection is the greatness of man.” – Ernst Fischer

In other words, perfection isn’t what it’s cracked up to be. Humans like dealing with humans, and all the non-robotic humanity that comes with them. Indeed, this is evidenced by the fact that some AI now deliberately displays minor flaws to better mimic humans. (Think spelling mistakes and conversational fillers like “Ummm…”)

So, no matter how clever or efficient automation appears, there will always be a need for human team members. 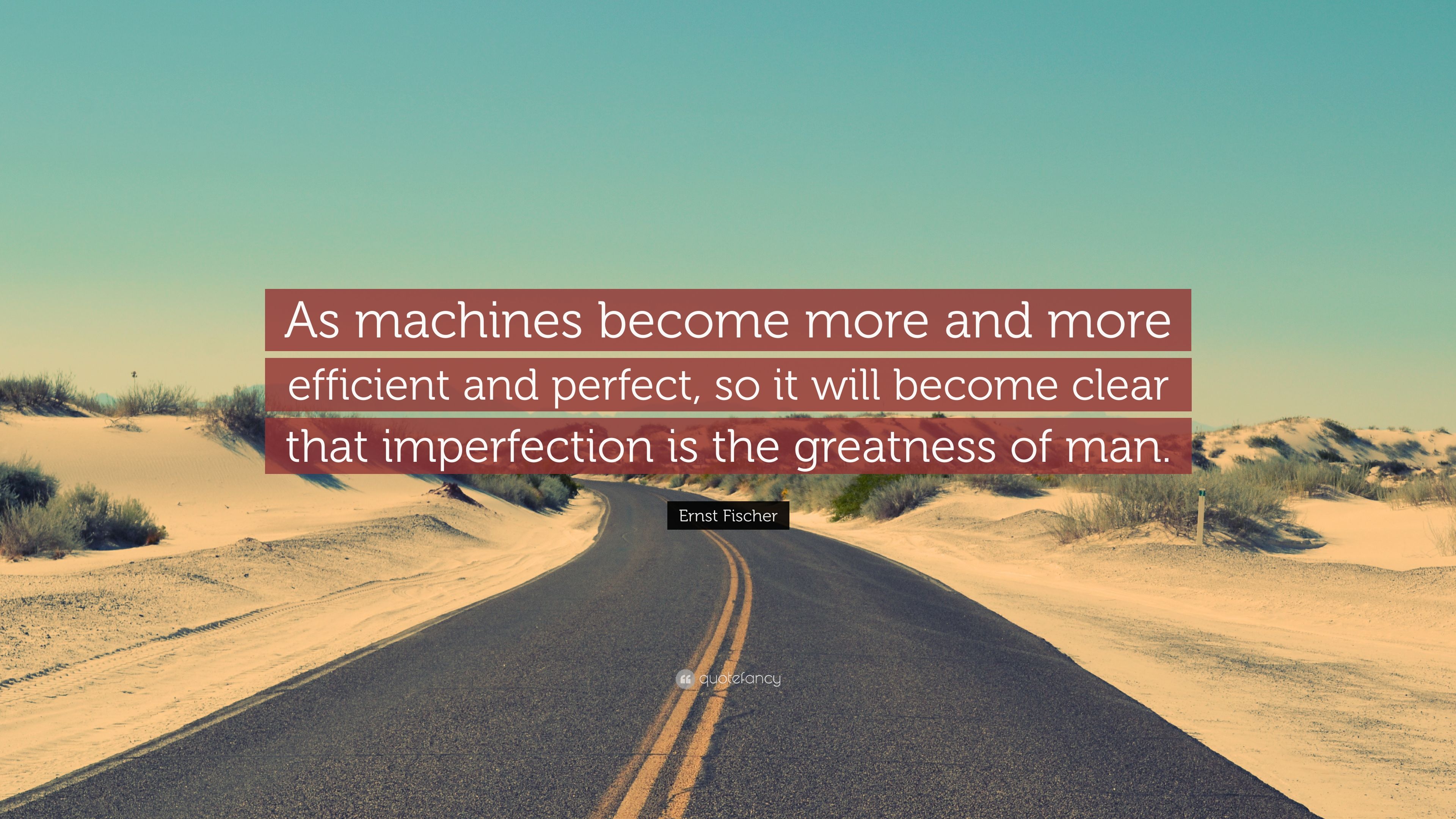 “You cannot endow even the best machine with initiative.”- Walter Lippmann

Automation cannot think for itself or decide to complete a task. It will only do what you tell it to do. There’s no flexibility in automation. It won’t solve the problem on its own, from scratch. It also won’t recognise anomalies or broken processes. 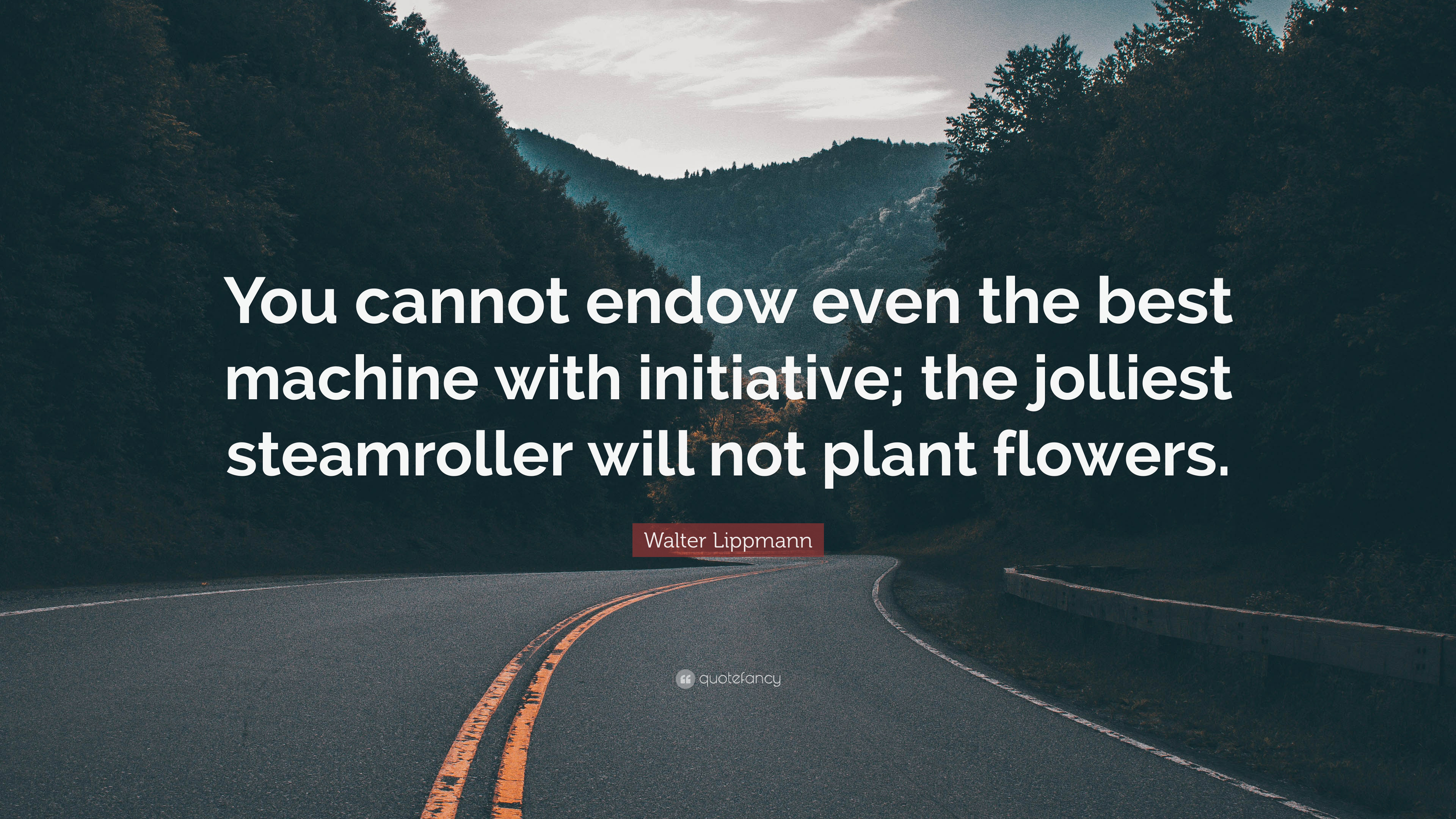 Automation may not be able to learn from its mistakes — but human team members can, and these mistakes can fuel innovation. Data is a useful tool, but human initiative and understanding remain at the heart of any successful business.

Using automation quotes as a catalyst

Each of these quotes draws on a very real element of the automation reality. Why not use them to get you thinking about how to implement automation successfully in your own business?