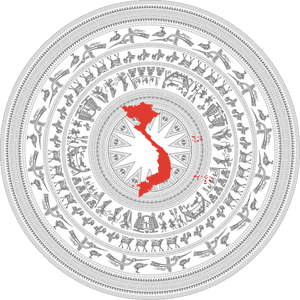 Outsourcing to Vietnam is gaining recognition as a low cost quality software maker in Asia. CIO magazine suggests that to outsource to Vietnam is about 90% cheaper than developing software in the United States of America. Compared to India, developing software in Vietnam costs between one third and one seventh times cheaper. These are very convincing figures for companies to start venturing their offshore development to Vietnam.

Outsource Vietnam is an outsourcing intermediary claiming that outsourcing software development costs 50% less than the rivals from India. In addition to Outsource Vietnam, Anderson Vietnam estimates that outsourcing per person in Vietnam is only $20,000 per person compared to $40,000 per person in India. These figures are convincing enough to place Vietnam as the top future contender for offshore development projects. As Indian companies enter the maturing cycle, the cost differential between India and Vietnam will increase even further. The outsourcing costs in India are most likely to increase in the coming years. Outsourcing to Vietnam makes a lot of sense for companies looking to make the most cost effective development. Vietnam ranks 20th among the top nations recognized as an excellent outsourcing destinations. 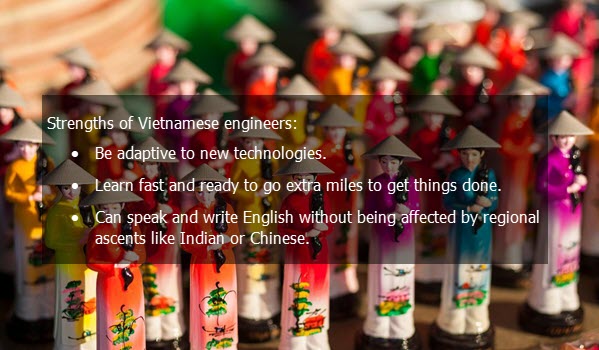 Vietnam has a population of over 90 million people and over 60% of the population is under 30 years of age. The young generation of skilled workers is highly motivated and technologically advanced. This dynamic generation provides a great pool of skilled software developers required to meet the growing demand of offshore development. Each year more than 25,000 technical engineers graduate from the universities. Young Vietnamese with better education have already overcome the English language barrier that was believed as a weakness earlier. These are few of the reasons that make Vietnamese one of the best communities that’s globally competitive and technically advanced.

Here are other reasons to outsource to Vietnamese software companies:

Many developed countries have been suffering from the problem of tech talent shortage for quite a while now. By contrast, Vietnam is now going in the opposite direction — the number of talented IT developers has been constantly growing. Tech corporations can benefit from these tendencies — by choosing skilled software developers from the vast tech talent pool in Vietnam and cooperate with them through the extended team model. 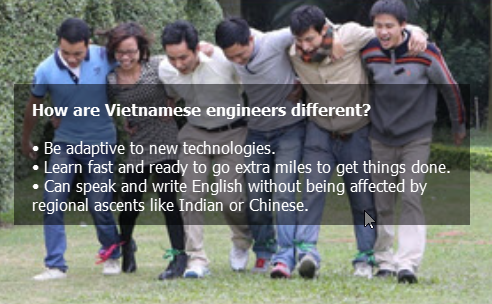 According to EF Education, Vietnam ranks 29th on EF Education First’s English Proficiency Index overall, ranking at 5th place among Asian countries. Educational institutions in Vietnam have also been implementing teaching English as a second language on campus (rather than just a foreign language). This will definitely help increase student mobility and international workforce collaborations.

English skills among Vietnamese IT professionals are usually higher than the country’s average. This, and many other factors, undeniably makes Vietnam one of the leading IT outsourcing destinations worldwide.

Vietnamese tech workers always keep up to date with the newest technology for instance Blockchain, Internet of Thing (IoT), Machine Learning, Cloud Computing etc. and are not afraid of new challenges. Furthermore, Vietnamese developers possess strong technical skills as well as hands on experience working with complicated large scale IT projects that are being used by millions of people worldwide.

Culture
A good blend of tradition and Western. Most Vietnamese people are atheist and there is almost no nationalism like China, India, Indonesia... According to some expats in the survey, Vietnamese programming environment is very impressive: hard working, diligent and a little more creative and extrovert (consultative) than other Asian locations. 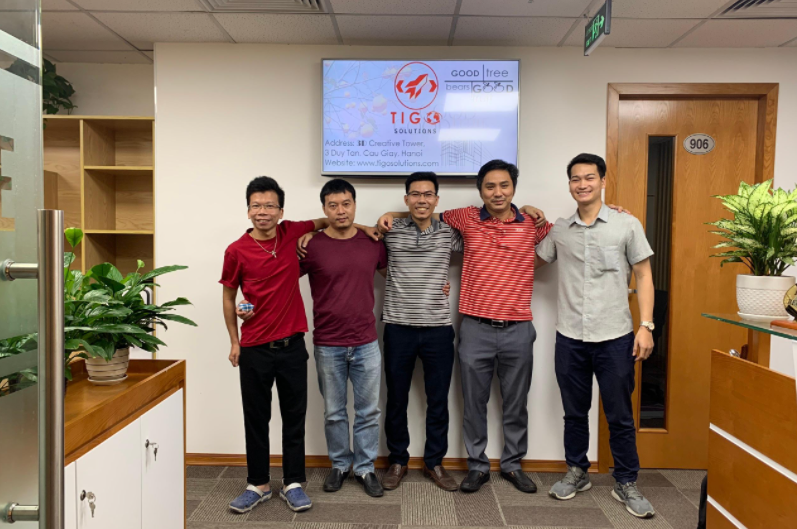 Stable and secure society
With a robust economy, that has an unbelievable growth rate; Vietnam is considered to be a dynamic nation with great outsourcing potential. With a stable and secure government, it is now considered as a legitimate nation under one roof. In an international survey taken in 2002 and remain effective till now, Vietnam was the safest country to travel in Asia. Government of Vietnam is promoting its economy for more foreign investment. It offers great incentives in the IT industry in order to capitalize on globalization.

Some of the basic factors that need to be considered:

Companies have started to capitalize this great opportunity of outsourcing to Vietnam with low cost and exceptional quality. Vietnam is on its way to write a new chapter in the history of outsourcing software development. The world will be watching this new revolution in offshore development happening in Vietnam. As an emerging software outsourcing destination, Vietnam will be a perfect fit for companies looking for a technological advance without having to spend a lot of money.